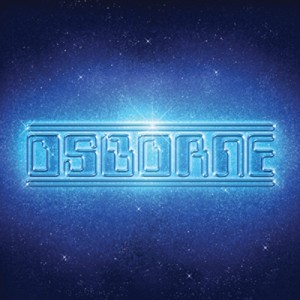 Ypsilanti, Michigan, resident Todd Osborn is often (semi-jokingly) compared to MacGuyver. Not only has the producer made scores of excellent house, techno, and drum ‘n bass records, but he also once designed weapons for the Air Force (“I truly cannot talk about details of that because of security clearances I’ve signed,” he says). What’s more, a list of his current projects includes voice work for a GPS system, remaking vintage Frank Lloyd Wright lamps, and “hopefully” learning falconry. This month, he’ll also find time to drop the rich-sounding, classically inspired house and techno trip Osborne, his full-length debut on Ghostly International’s Spectral Sound label. Earplug contributor Patrick Sisson interviewed Osborn via email, and was privy to the gear head’s take on vintage analog equipment, the blessing and curse of technology, and the awesome firepower of the Rephlex roster.

Earplug: We heard you’ve been working on a hovercraft for the last few years. Will it be done soon, and will it be able to beat up Aphex Twin’s tank?
Todd Osborne: No, it won’t be done for quite a while. It’s been very slow going. If I had a bunch of money, I’d have it done tomorrow, but that would take the fun out of building it and the creativeness of finding a cheap or free solution to a seemingly expensive problem. Richard and I won’t battle each other; we’ll combine forces for the Rephlex Disco Land/Air/Sea Assault battalion.

EP: With your mechanical and electronic background, how often do you alter your equipment? Do Detroit-area producers come knocking on your door looking for a repairman?
TO: I’ve built gear from scratch, but not my own ideas — just copying something that’s already made, but that’s hard to find or too expensive or not quite the sound I want. The last thing I built was a talk box like Roger from Zapp used to use. Besides those things, I mod[ify] gear sometimes. It’s always older analog gear, because it’s so easy to switch out resistors and potentiometers and get unique sounds. There are a lot of people, local and worldwide, I find and fix gear for, but I’m sure they wouldn’t want me to mention their names. I pretty much do it for fun, not money, and I get to play with and take apart — and once in a while get samples from — amazing gear I could never afford otherwise.

EP: Did you start tinkering with music or machines first?
TO: I just encoded two old cassette tapes I found from ’78 and ’79, when I was making mixes in my room using one turntable and a cassette deck, playing disco tracks and things like ELO along with Muppets songs. So that was when I was around five or six years old. I used to find junk equipment, too, like old tube amps, and take the covers off and just look at them. But, even at that age, I remember knowing that those things could shock the heck out of me.

EP: Your new self-titled album was made with a lot of vintage gear. Did it take a lot of time and money to acquire everything?
TO: “Junk Food” is the only 100% analog track. The other tracks may have a lot of tones I used off pieces of gear, but are assembled in a computer. Any analog gear I own is pretty much the stuff Tadd Mullinix and I have. It took a lot of time only in that I try to find a deal on everything or find pieces that are broken and cheap so I can fix them.

EP: Having such an intimate knowledge of electronic-music gear, does it frustrate you that it’s become so easy to learn just one or two programs and make a track with that?
TO: That’s a really great question. I’m torn both ways. In some ways, I like that’s it’s so easy. If someone has a good idea, they can immediately sketch it out. The downside of course is that there is so much garbage to sift through nowadays. When I was growing up, there were tons of horrible punk bands and the majority found out they were bad — well, or they were told — before they invested money in a 7-inch. Nowadays, you can make something and upload it for free to a million places, then get all your friends to post that “it’s amazing.” Back when you had to invest your time and money into your project, it showed that at the very least you believed in yourself enough to do something.