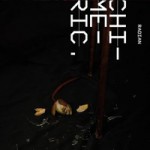 The cobbled-together beast from Greek mythology known as a chimera should be a recognizable concept for fans of electronic music, a genre that has evolved via the repurposing, re-contextualizing, and splicing together of sounds and samples. The instrumental, electro-acoustic Austrian trio Radian has spent more than a decade as a seemingly contradictory hybrid itself. Perched between precise composition and improvisational creation, members Martin Brandlmayr, Stefan Németh, and John Norman wear their glitch-heavy, avant-garde pedigrees on their collective sleeve, making sure their songs are sculpted and pockmarked just so. But on Chimeric, they stretch out and breathe a bit more, elongating melodies and placing more accent on organic sounds, such as wisps of brushed snare drums and the vibraphones’ soft echo.

The band’s last album, 2004’s Juxtaposition, blended labored-over microtones and billowy bass; on “Rapid Eye Movement”, Brandlmayr’s taps, scrapes and brushes don’t accompany as much as sync up with oscillating, mechanical screeches and tones. Chimeric is relatively looser and less dense, owing to more reliance on live interaction. While it’s arguable how loose the micro-managing trio allowed themselves to become during mixing, since recordings were re-organized and spliced together as if working with a tape machine, Chimeric sounds like the product of less tense and more spacious recording sessions. The band considers the record raw, broken, and unpolished, but they have nothing to be apologetic about. By loosening up they sound invigorated.

The hum of a switch being slowly flicked on and off at the outset of opener “Git Cut Noise” could be a gesture toward the analog and imperfect. It continues stomping forward in fitful starts, eventually picking up a caustic tone and a bass line with a slow, creeping gait. The 10-minute “Feedback Mikro / City Lights” indulges in a slow-burning crescendo, with interplay between a bright, churning guitar line, wavering tones, and a circular, ramshackle drum pattern. Songs like “Chimera” find the band occupying a more open landscape. It’s a dusty plateau dotted with lonely snatches of guitar notes and sweeping cymbals, one of the many finely tuned sounds Brandlmayr coaxes out of his drum kit. In his hands, the drums seem as rich a source of textures and tones as a sampler, ranging from slow, sweeping pulses to chaotic, jagged fills.

Unlike Rec.Extern and Juxtaposition, Chimeric was not recorded with producer and Tortoise drummer John McEntire. But between Brandlmayr’s swirling, textured percussion and the band’s more breezy approach– compare the jazzy brushes and washes of sound on the Chimeric track “Subcolors” with the more taut variations on “Rapid Eye Movement” and “Shift” off Juxtaposition — the new album sounds more informed by the trappings of Chicago post-rock and improv. That’s one of the main reasons Chimeric is much more a rearranging of existing elements and past themes than a reinvention. Despite the slight advantageous shifts, it isn’t the new creature its name might imply.