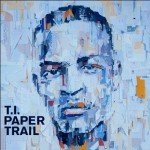 Atlanta was a hip-hop hotbed well before OutKast dropped “Bombs over Baghdad.” But nobody from the Dirty South is making as much noise today as T.I., who’s back in the spotlight this fall with the release of his sixth album, Paper Trail. In the ’90s T.I. made a quick study of the rap game—but he was a quicker study in bed, as this Dirty Dozen interview reveals. Playboy rapped with the Rubber Band Man about starring in his first home movie and getting cock-blocked by the cash register.

1. A single off your 2006 album King is titled “Front Back.” When you’re checking out women, do you prefer one side or the other?
T.I.: (Laugh) That was a nice little reference. I can find things to like about the front and the back, believe it or not. But I’m an ass man more than a tit man, if I have to pick one. It would be a blessing to have both.

2. When did you lose your virginity?
T.I.: I got some head when I was about 9, 10 years old. My uncle was the neighborhood doughboy, you know what I’m saying? I was around that kind of behavior early on in life. We’d listen to 2 Live Crew, I’d watch him whistle at girls walking down the block. It got me on some adult shit early on in life. I officially lost my virginity at 12, the summertime going from the fifth to the sixth grade.

3. Do you listen to anything specific when you’re making love?
T.I.: No. I don’t really care a lot about music at that point. I don’t care what’s on TV. Let’s just get to the business. I’m not worrying about what kind of music is playing. I’m making my own music.

4. Do you like to talk dirty? Do you like it when the girls talk dirty?
T.I.: Yeah, I talk very dirty, very nasty and foul. I love it when girls do the same. That’s half the fun.

5. Is that when girls call you king?
T.I.: I leave that up to them. I don’t give them any script. They’re going to call me that anyways.

10. Do you ever hook up with groupies or fans?
T.I.: No, I don’t get into that. My uncle always told me not to put my dick in my cash register.

11. Is there any celebrity you’d like to have sex with?
T.I.: No, not really.
Don’t get me wrong. I’m not saying I wouldn’t sleep with a celebrity. I don’t have infatuations and crushes on people I don’t even know. There would have to be something else there.

12. Are you good in bed?
T.I.: I’ve been told I can consider myself great in bed. I have the right to make that statement. I’m only going off what I’ve been told. If there was no foundation or no solidification to the statement, I wouldn’t be able to say it.