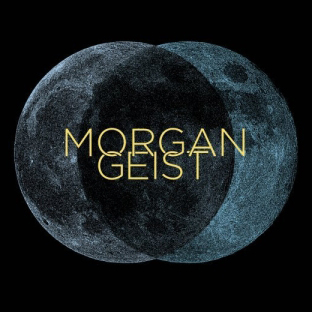 It seems like Morgan Geist should be happy. After all, a bar mitzvah is a big deal for any parent, and the producer’s label, Environ, just became a man. But, after 13 years at the helm, Geist seems to be souring on the industry that’s brought acclaim to his label, his collaborations with Metro Area, his solo albums, and his Unclassics collection (a series of offbeat and long-lost disco absurdities). It’s this frustration that informs some of the darker themes on his new solo album, Double Night Time, which features vocals from Junior Boys’ Jeremy Greenspan. Earplug contributor Patrick Sisson connected with Geist to discuss the industry’s fiery crash, the “nocebo” effect, and licensing misadventures.

Earplug: How was the Environ bar mitzvah earlier this year?
Morgan Geist: It was really fun. There’s not a lot that puts me in a good mood about music anymore. It was well attended, and a lot of old friends came. We had knishes from Knish Knosh, and I got all of their ridiculous party favors — like maracas with the Star of David on them and inflatable synthesizers. I think Environ is perceived as a serious label, so it’s fun to do something that wasn’t very serious.

EP: What’s putting you in a bad mood? What are your thoughts about the industry?
MG: What are my feelings on the Hindenburg a moment after it’s exploded? It seems like it’s in a tailspin that it’s never going to pull out of — at least in terms of recorded music. I’m happy to be proven wrong, but I don’t see how that can happen. I’ve been doing the label for so long that it’s sort of burned me out, even the creative side. Everybody has their own take. Mine is especially negative because I signed up to be a recording musician. I’m very lucky because people will have me DJ. The Internet is destroying recording musicians’ careers. It’s not hyperbole. I’m making a fraction of what I once made. I don’t want music to turn into something I hate, but it’s starting to. I need to figure out what I’m going to do — if it means quitting completely or quitting the label. But I love making music. I’m one of these people who like recorded music more than live shows, which I know is at odds with the way a lot of people feel about pop and dance music.

EP: With that hanging over you, what inspired you to go into the studio and make a new album?
MG: The main reason I put it out is that I haven’t put out an album under my own name in like ten or eleven years, and I didn’t feel like dying with one album under my own name. I was originally going to call it Nocebo. A nocebo is the opposite of a placebo. I thought it was a nice metaphor for what was happening to me during the making of this album. It was a hard time for me personally. I felt paralyzed. I was so worried about making bad music, or that I was out of ideas. A lot of the problems were imagined.

EP: Was there a bit of looking back and taking stock with this album? I thought “Detroit” might be a reference to your influences.
MG: That song was mainly an ode to lost idealism, or dreaming. It refers to my first trip to Detroit when I was in college. We drove to Detroit and it was this mythological place. We turned on the radio when we got into the city limits and the Electrifying Mojo was on, and the first song he played was some unreleased track. It was Detroit concentrated for the first few minutes. But the wide-eyed wonder, that excitement, is gone now. I don’t know if that’s a result of being jaded, or if having a label for this long beats it out of you. Is it a function of being older or being depressed, which is what I felt while I was making the record? You know, I’m not doing much to buck the neurotic, New York Jew stereotype. But getting into my car and driving and listening to music for hours on end — it was so simple, but it was really magical. The truth is, the thrill is not the same. Part of the thrill is maybe not about the music. Maybe it’s about the hunt or the mystery.

EP: When you licensed tracks for Unclassics, did you get a similar type of thrill?
MG: That was a life-enriching experience. Not as a label owner, but as someone who wants to experience life. I got to go on this hunt for people, meet people I never would have met, and hear their stories, which were either inspirations or cautionary tales.

EP: What were some of the stories about licensing that compilation?
MG: It usually fell into one or two camps — either the completely blown-away and thankful types or the music-biz veterans. No one had phoned them in 25 years, but when I called they snapped right back: “You know, we need 20 grand for this license.” “Listen man, I found your record and it sold 700 copies and it’s not even very good.” There was a lot of diplomacy involved. The whole concept of the compilation was these songs kind of suck, and I love them. Some people understand that part of their worth is being weird or obscure. But sometimes they don’t get it. But you don’t want to break someone’s heart. If some people think they’re doing something better than Giorgio Moroder, you don’t want to break it to them that no, it sounds like a demo. But at the same time, you like it more than Moroder because it’s a demo.

EP: As someone who takes great passion in disco and knows the genre, does the return or revival seem weird to you?
MG: I don’t understand. Disco doesn’t exist in the same way now. Kids making edits — it’s not the same. Without even going into the social context, I don’t know what people are talking about. Are they talking about the early 2000s and electroclash, or is it because EMI is putting out Hercules and Love Affair? And that’s not a dig. I’m friends with Andy Butler and I like Hercules; I’m genuinely confused, but I’m all for it.