Here are my contributions to Pitchfork’s rundown of the best tracks of the ’90s. 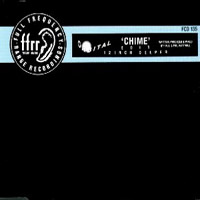 176. Orbital
“Chime”
[FFRR; 1990]
Simon Reynolds called this early rave anthem “The British ‘Strings of Life’,” and the grounds for comparison between Orbital’s buoyant first single and the Derrick May Detroit techno classic extend beyond the keyboard riff and pulsing beats. “Chime” shares the low-tech, handmade feel of “Strings”, and its origins are equally humble. Rushing to finish a track before hitting up the pubs in Sevenoaks, England, in summer 1989, Orbital’s Paul Hartnoll sorted through his dad’s easy-listening records, nicked a few samples he still hasn’t cleared, and cobbled together a track– on his parents’ cassette player, no less. Released at the dawn of the 90s, it went top 20 in the UK and established Orbital as a dance music force. They still perform the track for raving throngs today, heads and headlights bobbing. –Patrick Sisson

Despite their arsenal of artful samples and expectation-shredding musical acumen, the greatest weapon of Portishead producers Geoff Barrow and Adrian Utley has always been the voice of Beth Gibbons. Her every inflection hints at an anguished backstory that she never quite reveals. “Glory Box” tastefully lays down a loop of sleek strings from Isaac Hayes’ “Ike’s Rap II” and accents it with taut snares, vinyl crackle, and Utley’s moaning guitar. But the song still belongs to Gibbons, whose alternately lacerating and shivering delivery throws down the gauntlet. “Give me a reason to love you/ Give me a reason to be a woman.” She’s begging for an answer, and sings with a deep understanding of how futile it may be to pose the question. Trip-hop often delved into darker, weirder recesses, but this one hit a fragile emotional note. –Patrick Sisson

52. The Stone Roses
“I Wanna Be Adored”
[Silvertone; 1991]
The Stones Roses’ debut has been acclaimed and canonized so much that it’s now recognized to be just as good as the album the cocky Mancunians felt they were making in the studio. The band was famously self-confident, but when you’re celebrated for something as elemental as “I Wanna Be Adored”– finally a hit single in 1991, two years after it was first released– sticking out your chest seems only human. Every simple, uncomplicated piece of the song contributes layers of meaning; John Squire’s unspooling guitar, Mani’s thick bass, Reni’s timekeeping thud and most famously, Ian Brown’s airy vocals. The lyrics can appear self-absorbed, the object in this construction merely a tool to worship or redeem. But with a scant 19 words, “I Wanna to Be Adored” suggests multitudes– a desire for love, sabotage through self-hatred, or fame’s glowing hope and poisonous pessimism. For all the hype, it was about fundamentals. –Patrick Sisson