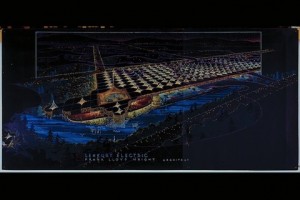 He Conceived of a Gorgeous Headquarters for the Lenkurt Electric Company

While Wright displayed a keen understanding of the roles cars played in modern America and incorporated them into his designs, for his proposed corporate headquarters for the Lenkurt Electric Company in San Carlos, California, he surreptitiously swept them under the rug. By placing the car park underneath the building, he gained the space to create a sprawling structure that built upon ideas developed for the famous Johnson Administration Building in Racine, Wisconsin. This exceptional sketch depicts the structure at night, when a proposed grid of pyramidal skylights made from copper and glass resemble a luminous tent city. It’s a glowing testament to modernity, fitting for a mid-century company that made microwaves and telephones.

“Early in life, I had to choose between honest arrogance and hypocritical humility. I chose the former, and have seen no reason to change.” It’s possible Frank Lloyd Wright, the towering architectural virtuoso who can make as serious a claim as anyone to the title of America’s most famous architect, might bristle at the concept of this article. After all, what’s not to know about the man whose structures straddled waterfalls, spiraled around artworks like a nautilus, and advanced notions of profound importance and influence, such as organic structure and the fusion of nature and man-made materials?

While it’s impossible to ignore a colossus, there’s plenty of subtle ripples and threads left in his wake that may go unnoticed. Finding unknown footnotes to Wright’s exceptional career proved a challenge, so Dwell consulted a group of Frank Lloyd Wright scholars—Scott Perkins (Director of Preservation at Fallingwater), Mary Roberts (Executive Director of the Martin House Restoration Corporation), Jeffery Herr (Curator at Hollyhock House) and Robert Fishman (Professor of Architecture and Urban Planning at the University of Michigan)—to find out what they considered under-recognized aspects of the architect’s life and work. Click through the slideshow to see nine examples of unfinished projects and proposals and facts that showcase the breadth of his talent and influence.

He Designed the Mile High Illinois, Which Would Still be the World’s Tallest Building

Any Chicagoan would be lying if he or she said losing the title of city with the tallest building didn’t make their broad shoulders droop a bit. Well, if the city had built the Illinois, Frank Lloyd Wright’s theoretical skyscraper concept, the Burj Khalifa would just be second best. Make that second by a long shot, since the proposed mile-high skyscraper, meant to have room for more than 100 helicopters, 100,000 people, and atomic-powered elevators, would have dwarfed anything since constructed or conceived. Not a man for small gestures, Wright presented his idea for the tripod-shaped beauty in 1956 with a 26-foot-tall rendering done up in gold ink. When he spoke about the plan with Mike Wallace, he said, “Everybody would have room, peace, comfort, and every establishment would be appropriate to every man. It’s an ideal that I think that goes with democracy, isn’t it?” 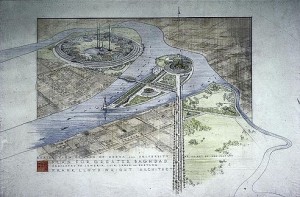 He Proposed a New Cultural Center for Baghdad

It was a once-in-a-lifetime commission. In the mid-’50s, Iraqi King Faisal II desired a contemporary capital and called upon many of the world’s premier architects to submit proposals for a new Baghdad. Amid sketches and plans from Walter Gropius, Le Corbusier, and Oscar Niemeyer, Wright’s massive cultural center proposal stood out for its references to local culture and history (he supposedly loved Arabian Nights). On an island in the middle of the Tigris, a statue of a famous caliph would stand near an opera house crowned with an Aladdin statue. The fantastical plans were shelved after the king was killed and the monarchy collapsed. 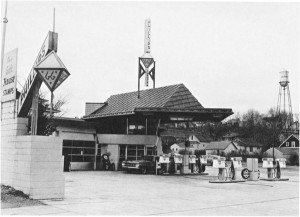 He Even Designed Modern Gas Stations

This small town service station outside of Duluth may stand as an outlier among Wright’s many commissions, but its unmistakably his, from the copper cantilevered canopy to the glassed-in observation deck. Created with prefab construction and expansion in mind, the station supposedly drew from earlier sketches and ideas Wright had for gas pumps at his proposed Broadacre development. The initial plans even propose hoisting the gas pumps overhead to create a service area free from impediments, a creative but unworkable solution due to building codes. 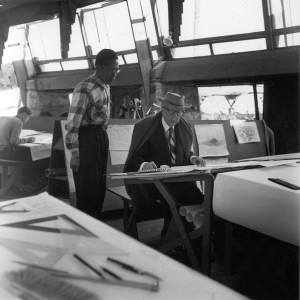 According to Scott Perkins, Director of Preservation at Fallingwater, ten of Wright’s building have been nominated to become UNESCO World Heritage sites, a massive inclusion that would add an important icon of American modernism to the prestigious list, as well as raise awareness and grant more public access to his work. The nominees include Fallingwater, the Hollyhock House, Taliesin West, Taliesin East, Unity Temple, the Guggenheim, Price Tower, Marin County Civic Center, the Frederick C. Robie House, and the Herbert and Katherine Jacobs First House. While the buildings have previously been submitted and are on the tentative list, supporters hope they make the final cut by 2016. 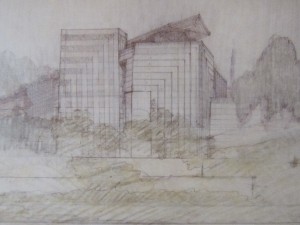 The Hollyhock House Was Supposed to Have a Small Schoolhouse

Wright’s first L.A. project, the private home of Aline Barnsdall and her daughter, was meant to be part of a larger collection of buildings, including a theater and cinema all set on the 36-acre plot on Olive Hill. While many of the initial additions weren’t finished because of budgetary reasons and aesthetic differences, a proposed schoolhouse was halted due to code issues. Named the Little Dipper, since the footprints of the foundation mimicked the constellation, the proposed one-room building was to be made of concrete blocks and contain a raised stage and fireplace. After construction was halted, it was turned into a garden.

He Had a Dream for a Desert Resort that was Unrealized

In 1928, a then down-and-out Wright traveled to Phoenix, dutifully helping a former apprentice with designs for the Biltmore hotel while surveying the parched landscape. The desert would become a site of renewal and resurgence for him in the late ‘30s, when he designed Taliesen West, but it wasn’t the first oasis Wright proposed. During the period he spent working on the Biltmore, he was approached by Alexander Chandler, a famous local developer and namesake of the Arizona city, to create a resort. Wright’s proposed San Marcos in the Desert, a series of copper-and-glass blocks built into the South Mountain foothills, was supposed to feature custom tapestries and terraced gardens outside guest rooms. Sadly, the Depression derailed funding for the luxurious resort. 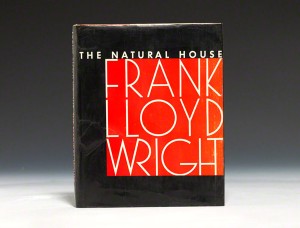 He Was Thinking About Green Roofs Ahead of his Time

The mastermind behind iconic integrations of natural and man-made structures, Wright is indelibly linked to the concept of organic architecture, which he outlined in his 1954 book The Natural House. According to Robert Fishman, an architecture Professor at the University of Michigan, the book contains a passage in which he describes creating a green roof for a house for his son David, an idea he’d been experimenting with well before it became en vouge with eco-conscious architects and designers. 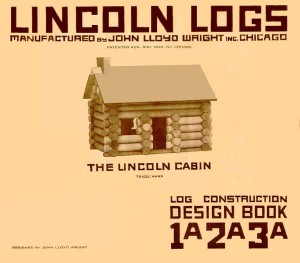 As much a toy as symbol, in some small way, of John Lloyd Wright’s relationship with his father, Lincoln Logs were supposedly inspired by the interlocking timber construction methods used to protect the Imperial Hotel from being torn apart in an earthquake. John worked for his father during that famous Tokyo project, and when he was asked to collect payment for dad after not receiving his own paycheck, he took matters into his own hands and gave himself a cut, which promptly got him fired. In the aftermath of the split, John came up with the Lincoln Logs concept, receiving a patent in 1920.