Beneath the Streets: Photos of New York’s Secret Underground 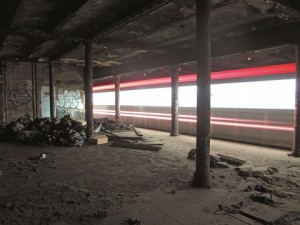 Matt Litwack can’t tell you exactly when he first began exploring the tunnels, ghost stations, and secret passages of underground New York, or who first ushered him into the secret society of those who have journeyed past the subways and layups (areas where trains are parked overnight). He literally can’t due to legal reasons, since it’s against the law to explore underground, and as Litwack puts it, extremely dangerous to travel around the third rail and dodge 400-ton trains. But with his forthcoming book Beneath the Streets: The Hidden Relics of New York’s Subway System (Gingko Press), co-authored by graffiti artist Jurne, Litwack can showcase some of the eerie, quiet beauty of a side of the city few have seen.

“It’s a timeless environment,” he says. “You see it much like a track worker saw it in 1970. There are few places in New York you can say that about.”

Litwack, a graffiti and mural artist who runs his own studio, started working withJurne on Beneath the Streets five years ago. Many of the photos, which cover the last decade, focus on graffiti artists, whom Litwak calls the first urban explorers. REVS, a long-time artist who, once painting on trains became too difficult, began creating autobiographical murals underground, figures prominently, and painter Bill Brand’s Masstransitscope project, a colorful, flip book-like mural that takes advantage of the motion of the train to create kinetic artwork, is a one-of-a-kind example of how public art could enhance the subway system. While there’s been increased attention to New York’s underground, such as the Low Line proposal, Litwack doesn’t see many new projects being approved and finished. He feels the beauty and silence of the lower levels of the city will be maintained. 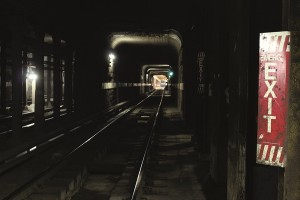 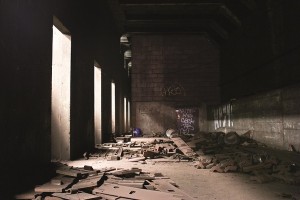 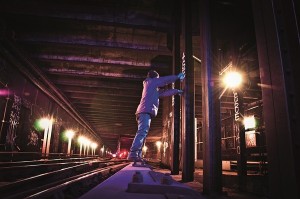 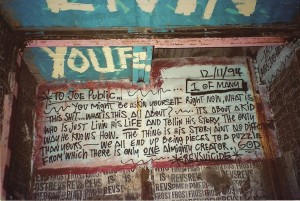