Buraka Som Sistema’s Lil Jon on the music of Portugal 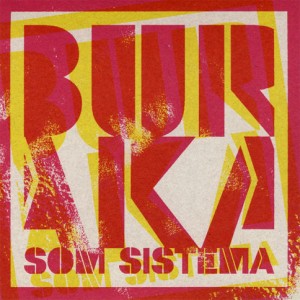 The raw, energetic beats of kuduro music were something of a fad in the mid- to late ’90s in Portugal, a fusion of club tracks and Angolan rhythms that produced a few one-hit wonders and then faded fast. But the members of Buraka Som Sistema—Lil Jon, Riot, Conductor, and Kalaf—were intrigued by the music and started hosting a Friday residency a few years ago in Lisbon, where they began experimenting with a new style of kuduro. DJs like Sinden, Simian Mobile Disco, and Switch discovered their tracks, and as soon as you can say RapidShare, the group became a club hit, signing a record deal with Fabric and collaborating with M.I.A. With a new album out, Black Diamond, the group will swing through Sonotheque tomorrow night as part of an international tour. But before that, Buraka’s Lil Jon (João Barbosa) spoke to Decider about public perceptions of Africa and why he hates his name.

Decider: What’s some Portuguese slang people should know for when you play in Chicago? What should they listen for and what should they yell out when you’re performing?
João Barbosa: That’s a hard one. They could say, “Move your ass,” which is mexe o rabo [pronounced mesh-e eww habu]. They can sing that synchronized with one of our songs. That would be cool.

D: Have you ever had any encounter with the other Lil Jon?
JB: No, I’m actually researching changing my name because I don’t like it. It was given to me. Then all of a sudden this whole Buraka thing started. I needed to come up with something because my name is very complicated for someone who isn’t Portuguese to say. I decided to use it for the CD, and it didn’t really make sense, so I need to change it. I think Diplo just met Lil Jon. I heard he’s working with him, so I might meet him when we’re in the States.

D: A lot of musicians have been going to Portugal lately, like Panda Bear. Is it a good setting to make music?
JB: It’s a chill place. Al Qaeda would never drop a bomb here because nothing ever happens. The damage of that would be useless to the world. It’s one of those places that moves a little slower than the rest of the world, which is annoying when you’re growing up. But if you’re already doing something cool, you need to come and relax a little bit. Lisbon and Porto are beautiful cities, and the club scene is pretty great as well. You can go on until nine in the morning and get pretty pissed. Actually, I’ve been trying to meet Panda Bear for ages. I’ve been in contact with him through MySpace. But we’re never here in Lisbon at the same time.

D: How has the revival of kuduro changed people’s attitudes toward Portugal and Africa?
JB: There’s definitely one good element about the whole thing. We’ve been to Angola a couple of times, and two of us [Kalaf and Conductor] are from Angola. And the reality is people still see the African continent as some sort of safari park. Either misery or safaris or tourism or beaches in Mozambique or some shit like that. The reality is that exists, obviously, but that’s not the whole continent. Rhythms like ours, which were born in a computer, aren’t traditional music. They’re not old men under a coconut tree playing some strange guitar with two chords. This is people on computers using the same software people use in New York to make music, and when people see something like that, I hope it opens everyone’s eyes and changes their whole judgment of the continent. They’re listening to computer-based music that comes from Africa with all these strange house and techno influences—to me, that’s important. And there’s lots of stuff coming from other countries in Africa. It’s a whole new world.