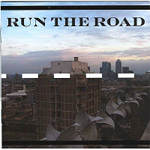 In any class covering hip-hop history, the prof will undoubtedly devote much of the semester to Bronx B-boys and L.A. gang members. But Run the Road, a British rap compilation hitting U.S. shores this month, may be the most cogent argument yet that overseas artists aren’t merely copying U.S. styles and stories; they’re creating their own hip-hop hybrids. Much as the genre’s original mad scientists stitched together funk, soul, reggae and Latin music into something new, the producers of these tracks have create d anew stylistic fusion. the claustrophobic synth sounds of drum ‘n’ bass, jungle’s dark rhythms and reggae’s sound clash cadences are used to augment traditional hip-hop production, coming together in a gritty, sharp style called grime. The crunchy, washed-out synths on “Destruction VIP” and the stuttering beats on “Unorthodox Daughters” are good examples. Spitting gritty tales of East London life, the English rappers demonstrate that hip-hop’s cultural references and tales of gunplay, gangs and girls are easily adopted across the pond. But the English MCs have their own swagger. Roll Deep delivers a feel-good anthem about lifting himself out of the ghetto on “Let It Out,” proclaiming that “if you’re patient/we can all get out of here.” And on one of his tracks, “P’s and Q’s,” the slick rapper Kano poses a question: “I’m too deep/how can Kano stay underground?” That’s a question all these artists should ask.